Passepartout is a non-official, user-friendly OpenVPN® client for iOS.

With its native look & feel, Passepartout focuses on ease of use. It does so by stripping the .ovpn flags that are today obsolete or rarely used. Passepartout can connect to a few well-known VPN providers or import .ovpn configuration files. Trusted networks are also supported along with other cool features.

It relies on TunnelKit for most VPN functionality. Passepartout for iOS is on the iTunes App Store.

A macOS version is among the goals of a Kickstarter campaign. 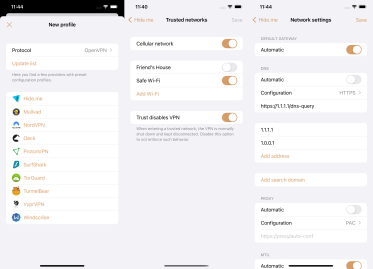